Rep. Pete Aguilar announced on Wednesday, Jan. 24 that the San Manuel Band of Mission Indians will receive an Economic Development Administration (EDA) grant of $2.9 million for roadway improvements in Highland. The grant, in part, provides for the extension of existing roadway as well as improvements to nearby streets as part of the Third Street and Fifth Street Corridor Improvement Project, and will increase accessibility to the San Bernardino International Airport and spur development in surrounding commercial and industrial districts. According to an estimate from the EDA, the project will create nearly 400 new jobs and generate over $20 million in private investment.

San Manuel is an active partner with other agencies from the San Bernardino region whose common objective is to develop the viability of the San Bernardino International Airport as a transportation and economic development anchor for the region.

“I was proud to support the San Manuel Band of Mission Indians’ grant application because I believe that we must continue investing in the Inland Empire’s infrastructure and making the San Bernardino Airport a larger part of our local economy.” said Rep. Aguilar. “Continued partnership at the local, federal and tribal level is necessary to continue the economic growth we’ve seen over the past few years in our region, and I’m grateful to the San Manuel Band of Mission Indians for their efforts to improve our community outside of their reservation.” 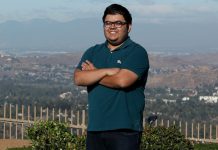 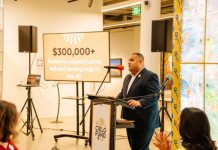