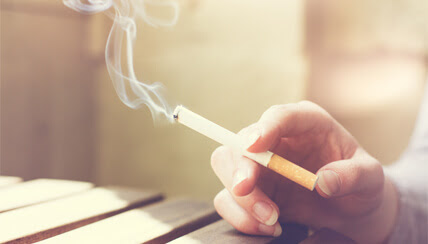 During Latino Heritage Month we celebrate the contributions and achievements of Latinos in the U.S. But we’re also reminded of the work ahead of us to eliminate racial and health inequities.

For decades, Big Tobacco has aggressively promoted its harmful and addictive products to our communities. Cancer, heart disease and strokes are among the top five causes of death among Latinos, all of which can be caused by smoking.

Tobacco products harm the health of users and those around them. The American Cancer Society Cancer Action Network (ACS CAN) conducted a survey here in Colton that shows people are ready to support smoke-free policies in outdoor public spaces. Ninety-four percent of respondents said they had a problem with breathing in another person’s smoke outside.

Join me and other ACS CAN volunteers taking action to protect our families, friends and neighbors from the dangers of secondhand smoke, including in outdoor public spaces. Take the first step at www.tinyurl.com/outdoors-support.

*Letters do not necessarily reflect the views of IECN.