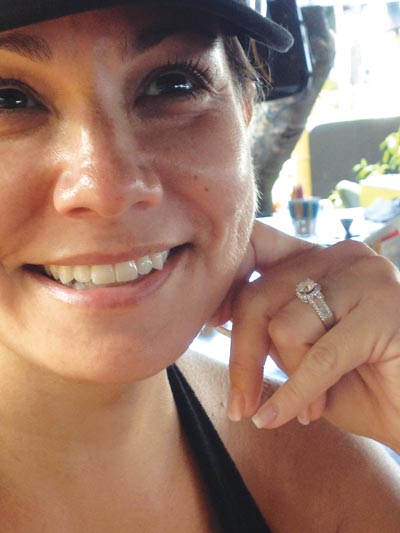 Diana Harrison Martinez was my boss. As a columnist, she was my Editor. Through the years I have written hundreds of articles and I have had scores of Editors. Without a doubt Diana was one of the very best.

She gave me the freedom to be a genuine columnist. An example. I had called her and informed her that I had written an article that was extremely controversial. Her response was, “Doc, whatever you write I will print.” Anyone that has written a column will appreciate Diana’s comment.

As my boss, I often had occasion to call her. For instance, to congratulate her on her marriage. In every occasion Diana was upbeat and seemingly happy.

She always was complimentary of my articles. I remember she mentioned that she learned a great deal in reading them. Once she commented that my articles were clean.

I interpreted that to be more than the absence of smudges, and that she was referring to correct grammar and spelling.

Diana was also extremely friendly with both myself and Stella. For example, when I would speak with her regarding any issue and move toward the door, she would always say she wanted to greet Stella, who was waiting for me in our car. She would hug both of us.

As an ordained minister for 65 years, I must affirm my belief in another life after death. It is truly a “life after life.”

Teilhard Chardin, the great Roman Catholic philosopher and theologian, said, “It is utterly absurd to believe that the human spirit is so poorly devised that it would contradict its highest aspirations.”

The meaning is clear. He is affirming the certainty of another existence after life on earth. That is our hope and belief.

It also substantiates my understanding of the Bible in the universality of God’s love for everyone regardless of religious affiliations or church membership. John 3:16 has been described as the best loved verse in the Bible. Without question it asserts that God loves the world. That means everyone. Then it gives a promise of never perishing. The criterion is simply, believing in Him.” Who? The answer is clear. It is God.

Not a Church member or attending a church; or a professing Christianity, Muslim, Buddhist, Hindu or other. It is based on believing in God, Allah, Jehovah, etc.

Obviously, the writing of these words was inspired by the unexpected death of Diana Harrison Martinez, my Editor and friend. I conclude these thoughts with a poem I wrote.

That blazed across the sky.

The time too short but she influenced our lives.

Leaving a wake of strength as it passed by.

Mysterious in its presence for sure as other stars seemed rooted in space.

Too brief it was, to light and help the lives of those who knew her.

The way of it and the impact of her will always live on in us.

Be a star or a life blaze long or short the value of each is the light it brings.