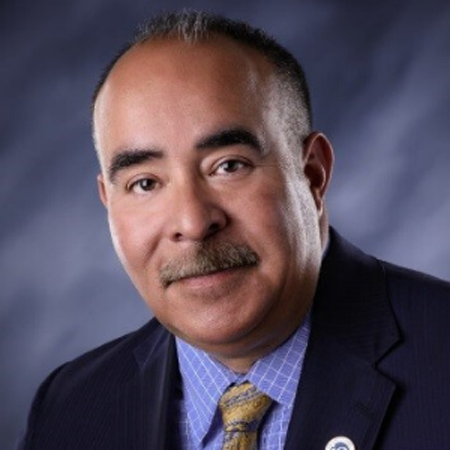 By Paul Granillo, President and CEO of the Inland Empire Economic Partnership

At a time when Southern California may finally be seeing some light at the end of the COVID-19 tunnel, the last thing local regulators should be doing is threatening our economy, particularly for the communities of color that have been hit hardest by the pandemic. Unfortunately, a misguided emissions proposal targeting the Inland Empire’s logistics industry could be the next devastating blow to Black and Hispanic communities, jeopardizing jobs and hindering any real chance at an equitable economic recovery.

The racial disparities of COVID-19’s impact are no secret at this point. Inland Empire communities of color have been the hardest hit by the pandemic, suffering disproportionally high infection and death rates and a lack of access to vaccines in recent months. Now, after suffering the worst physical toll of the pandemic, people of color — who represent two-thirds of the U.S. essential warehouse workforce — are now potentially facing a new wave of economic anguish.

In May, the South Coast Air Quality Management District (AQMD) is set to vote on a controversial “indirect source” rule (ISR) that would require warehouse operators in the region to take steps to reduce emissions from trucks that move goods to and from their warehouse. Warehouse operators that fail to take such steps, such as transitioning to electric trucks, would be required to pay a tax to the AQMD. The rule would affect at least 3,000 warehouses across the region.

Putting aside the serious legal questions about the AQMD’s authority to actually implement such restrictions — which would be the first of its kind in the United States — this plan could have disastrous effects for those working in warehouses while doing nothing to curb emissions.

This is because it would be nearly impossible for warehouse operators to fully comply with the regulations any time soon — specifically the goal of shifting existing truck fleets to zero-emissions (ZE) vehicles. As the clean transportation group CALSTART has noted, ZE commercial vehicles will not be commercially viable until 2025. Even the AQMD itself has admitted that there is insufficient evidence to support that there will be enough zero- and near-zero emission large trucks available by 2031.

The goods movement industry is a vital artery of the broader Southern California economy, moving more than $1.7 trillion of products across the region each year while supporting more than 850,000 jobs — jobs that so many Black and Hispanic workers depend on. Prior to the pandemic, the growth of e-commerce was changing long-held purchasing practices as people embraced package delivery at their door. While e-commerce now means grocery delivery, pharmaceutical delivery, and a new normal in how we shop, it also means a growing employment sector for communities of color

During the COVID-19 pandemic, the Inland Empire’s logistics industry has been a critical hub of economic activity and a source of thousands of jobs for Black and Hispanic workers in our community who were displaced by the financial downturn. Unfortunately, this unworkable proposal threatens to derail this growth, jeopardizing jobs and an equitable economic recovery from the pandemic while still failing to make the air we breathe cleaner.

Improving air quality for Inland Empire residents is a mission we should all support, but new regulations must balance this critical goal with the needs of Southern California’s Black and Hispanic communities that have suffered the most over the past year. Businesses, labor leaders, environmental groups, and policymakers must work together to ensure we can protect our air while prioritizing racial equity and preserving economic opportunity for the future.

*Opinions expressed do not necessarily reflect the views of IECN.