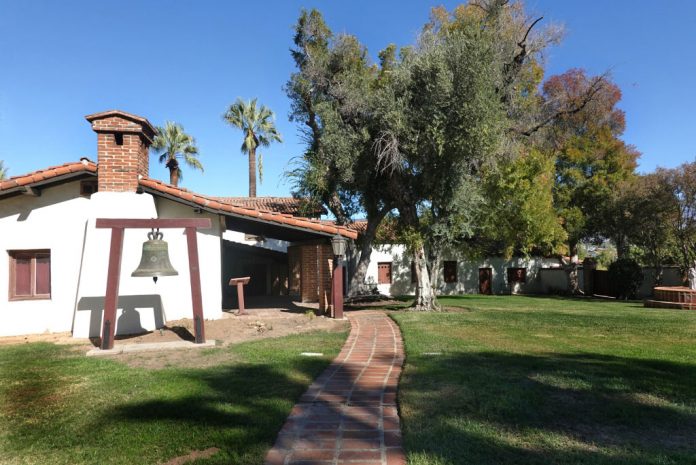 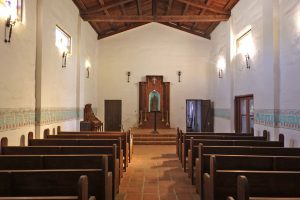 For years, every fourth-grader in Redlands Unified School District toured the San Bernardino Asistencia, and now, the San Bernardino County Museum announces the ownership transfer of the historic site to the nonprofit Redlands Conservancy. On Tuesday, Nov. 6, the Board of Supervisors voted to approve the transfer of the historic property that has long been a fixture of the region.

Many Redlanders and visitors have had special events and parties at the Asistencia, and its tall white bell tower next to Barton Road at Nevada Street is instantly recognizable. 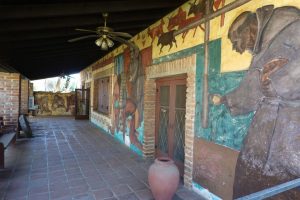 In the 1930s, the reconstructed site was dedicated as California Historical Landmark #42 as an outstanding example of handcrafted structures of the WPA era, opening to the public in 1937.

Since then, the site has operated under the San Bernardino County Museum, a department of the county, primarily open for tours and as a wedding venue.

“The museum’s transfer of the Asistencia to Redlands Conservancy is the culmination of months of consultation with national experts, and thoughtful consideration of the best practices and examples of innovation in historic site management,” said Melissa Russo, San Bernardino County Museum Director. “We believe this new ownership is a big win for San Bernardino County and the community of Redlands. In fact, the concept of conveying the responsibility of professional stewardship to a respected, local organization with a strong preservation track record, was lauded as an exemplary item in our recent 10-year re-accreditation.”

Trevor Jones, Director & CEO of History Nebraska, and author of Active Collections, agreed, stating, “as with any museum collection, historic sites most effectively benefit their community when they are anchored closely to the mission of their operating organization. This positive action prioritizes broader opportunities for public engagement.”

According to Redlands Conservancy, the transfer fits perfectly with the organization’s mission to protect and preserve Redlands’ historic built environment while inspiring Redlands’ residents with an appreciation and a sense of stewardship.

“We are deeply honored that San Bernardino County is trusting us with this really important site,” said Redlands Conservancy President Robert Dawes. “It’s an exceptional piece of the region’s history, and preserving it while making it available to the public again will be our great pleasure.”

The Conservancy’s executive director, Sherli Leonard, said that the Board of Directors has formed a committee to oversee the preservation efforts and the plans for the site’s uses.

With its 200-year history, the Asistencia is a vestige of early California. In 1819, San Gabriel Mission fathers established an outpost, known as an estancia, about one mile west of the current site. By the mid 1820s, they decided to build a larger complex, known as an asistencia, with a resident priest. By the early 1830s, construction on several adobe buildings, including a chapel, was well underway. Before the site could be completed, occupied and sanctified, Mexico secularized all the California mission properties, and the San Bernardino Asistencia was abandoned.

The Lugo family received the property from the Mexican government and lived in some of the partially completed structures. Bishop Nathan Tenney, part of the contingent of pioneers from the Mormon Church, purchased the site around 1859 from the Lugos. He took up residence in the structures before selling much of the property to Dr. Ben Barton. While Barton was building his brick Barton House, still situated on Nevada Street adjacent to the Asistencia, he lived in the structures for about seven years.

Once Barton moved into his new house in 1867, the Asistencia adobe structures with their thatch roofs, began to dissolve, and by 1900, the Asistencia was mostly piles of adobe rubble.

Recognizing the significance of the Asistencia’s connection to the California Mission system, the County of San Bernardino took the action to save what was left and re-construct the site.

Redlands Conservancy will become the eighth owner of the property since the 1820s.

The San Bernardino County Museum’s exhibits of regional cultural and natural history and the Museum’s other exciting events and programs reflect the effort by the Board of Supervisors to achieve the Countywide Vision by celebrating arts, culture, and education in the county, creating quality of life for residents and visitors.