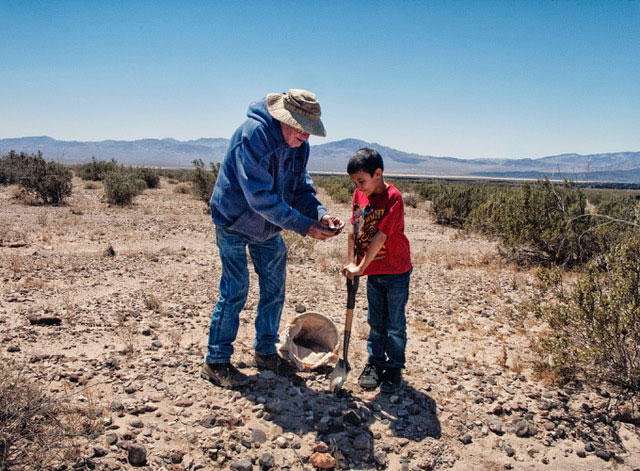 Federal lands in California’s deserts are currently managed under a massive 25-year land use plan plan amendment known as the Desert Renewable Energy Conservation Plan (DRECP). This 12,000-page programmatic guideline is the largest land use plan amendment in state history. In September 2016, DRECP was codified as the master blueprint to balance multiple uses and conservation goals with industrial scale renewable energy development – primarily solar and wind farms, and geothermal.

In March 2017 Executive Order 13783 directed the Bureau of Land Management (BLM) “to seek more opportunities for renewable energy projects.” The agency responded to the order this past February with a proposal to amend the DRECP – only six months after it was enacted. The proposal was inexplicable to many observers because the DRECP is consistent with the administration’s directive on energy goals – the difference being the state got a bit of a head start. According to one of the original DRECP architects, California Energy Commission’s Karen Douglas, revising DRECP is unnecessary – the state’s kilowatt deliverables from renewable energy sources such as solar are factored into the plan through 2030.

Amending the DRECP now risks shattering the consensus achieved after eight years of planning and negotiation among 50 stakeholder groups with competing interests over the same areas.  The effort involved hundreds of meetings, thousands of participants, and millions of dollars. Input from stakeholders and the public – more than 16,000 letters – produced a workable plan for achieving California’s renewable energy goals while also accommodating other values and uses – conservation, tribal interests, recreation, and others.

As an advocate for casual hobby collecting, also called rockhounding, I am concerned that opening the DRECP to plan-level amendment will carve out more lands for industrial uses at the expense of recreational opportunities and the tourism industry. The Mojave Desert attracts millions of visitors every year. The solitude and beauty found in its dramatic landscapes resonates in a deeply personal way for every individual, but it has another very special significance to rockhounds. Since the mid-19th century, when they were called prospectors, to the present day, rockhounds have come to California’s deserts in search of collectable minerals. The thrill of discovering, carving, and displaying a self-collected rock or crystal, especially a fine specimen from the Mojave, is a rockhound’s idea of heaven.

The thrill is contagious. Many rockhounds get the bug as youngsters. I caught it a few years ago, thanks to my guide, then 90-year-old Bill Depue. For the past 78 years Bill has been exploring the desert almost every weekend “looking for beauty,” as he likes to say. Bill introduced the grandson of fellow hobbyists Vivian and Danny Watts to rockhounding when he was a bucket-toting toddler. Now nearing age ten, Jonathan has a keen eye for good specimens and he can name them. And so the cycle continues.

The tradition of rockhounding has been at risk for decades but has never been more precarious than now under threat of industrialization of California’s deserts. The DRECP provided relief from the trend while also keeping us on track toward a sustainable energy future. It doubled the amount of lands allocated for recreation to 3 million acres and excluded utility-scale development from them. A DRECP do-over means that land designated for one user group has to come at the expense of another.

I worry that the clawback will target recreation-designated lands. The move would tarnish the landscape and block access to some of rockhounds’ favorite collecting areas. We could see gates, fences, and route closures across places like the Yuha Basin, the Cady Mountains, and the Hauser Beds in Chuckwalla Bench. These places are among the crown jewels of the California Desert National Conservation Lands and are also treasured destinations for rockhounds.

The custom and culture of these lands dating back more than a century may change irrevocably for hobbyists like Bill and Jonathan, along with tens of thousands of other recreationalists. They care very much that future generations should have the same opportunities to explore the desert’s natural wonders and learn to appreciate its unspoiled viewscapes, unique geology, and exquisite ecosystem.

County Supervisors will play an outsized role in determining what happens next, and San Bernardino County will have the largest voice.  BLM got this one right for rockhounders – let’s recognize that and make sure we don’t lose that progress. The Desert Plan should be left in place and modified through the normal implementation processes already in place.

Lisbet Thoresen is the public lands representative for the San Diego Mineral and Gem Society.