Prostitution was a prime source of cash in San Bernardino over an 80-year period that continued until World War II. Prostitution provided city merchants with a economic base that helped it through the Great Depression. There were rumors that actor Gene Hackman earned money in San Bernardino as a youngster by running errands for the ladies of the night. First hand reports put actress Carole Landis working in one of the 240 houses that lined every downtown city street.

For 100 years San Bernardino City officials passed ordinances, laws, injunctions and acts in an effort to eradicate prostitution. The Weekly Courier reported a token arrest in 1888 of an owner of a opium den and house of prostitution. It caused for a “keep clean law” in the city’s Chinatown. By 1938, citizens of San Bernardino were complaining about lack of enforcing the city’s “Red Light Abatement Act.” Vice was so blatant that a house of prostitution was operating across the street from city hall at 3rd and D Streets. The building sits there to date.

Historian Philip Kassel said prostitution in San Bernardino can be traced to the 1860’s when it was the first town travelers reached after a grueling trip by covered wagon. “San Bernardino was mostly a male population and they wanted the company of a woman.  “Men spent cash on prostitute which sustained San Bernardino’s economy during the Great Depression. Cash was king and the prostitutes brought it in,” Kassel said.

Kassel told benefits of the prostitution trade that trickled down to him. As an 8-year boy, he told of selling newspapers on the corner of 3rd and D Streets and having men asking him where they could find the ladies. “I was directing so many clients to this one house that the madam approached and said she’d give me a quarter a week if I continued,” recalled Kassel. “That was 1933 and a quarter had real value. I made five cents per week selling papers and that wasn’t bad either. Jobs were hard to find.”

Kassel said the madam paid faithfully every Friday. “The madam gave me strict orders. I was to send the men to the yellow house across from the lumber yard.” Kassel said he did that until 1941 when the Army put pressure on San Bernardino to shut down prostitution. He said thousands of military personnel crowded streets every weekend.

As the overall economy started to improve those in San Bernardino began to tire of  the city’s national reputation for hosting “houses of ill fame.” Grand Jury reports in 1938 and 1941 used strong words in telling officials to put an end to the practice. But resistance came from the highest places. Superior Court officials dismissed the 1941 Grand Jury when it heard the business of prostitution was being investigated. Grand Jury Foreman Elmer C. Higgins then accused the court, the city and law enforcement with “serious irregularities.”

Kassel described an era when San Bernardino was still operating like the wild west where everyone knew that vice was going on, but looked the other way when it came time stop it.

He estimated there were usually a population of about 800 prostitutes working in private houses. He said police collected two dollars from each girl to help the poor. “They were beautiful girls who were regulated and checked medically by Dr. Ivan Finkleberg.”

After World War II, San Bernardino started adhering to the progressive movement. In the late 1940’s Judge Donald E. Van Lueven, Mayor James A. Cunningham and other locals were joined by the FBI. The Associated Press reported that San Bernardino enacted the Mann Act, a federal law prohibiting human trafficking for immoral purposes.

By 1948, AP reported that “San Bernardino Vice Lord” Johnny Russo owned four local brothels. It took until 1959 before Russo was violated by U.S. Immigration and Naturalization Service and deported to his hometown of Palermo, Sicily. That basically put an end to the city’s 90-year practice of commercially operated houses of prostitution.

The shutdown ended prostitution’s profit-sharing with the city but never did wipe out the practice. Reports in the San Bernardino Evening Telegram told of new modes of prostitution such as call girls, message parlors, street walkers,and moving from motel to motel. The war on prostitution in San Bernardino continues today. 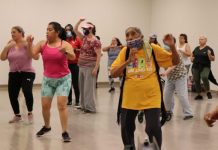