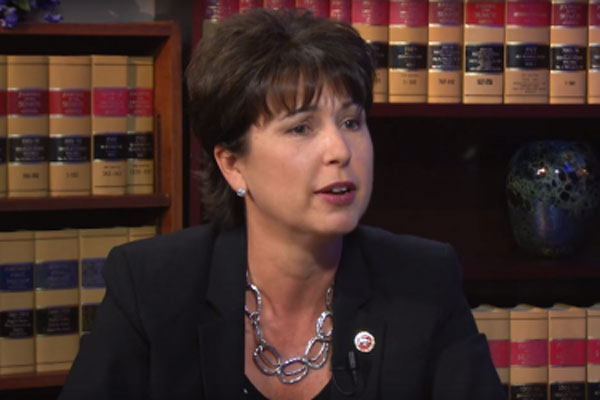 Standing with survivors of workplace harassment or discrimination, the California State Senate today passed legislation authored by Senator Connie M. Leyva (D-Chino) that would build upon current protections against secret settlements to now cover settlement agreements involving all forms of harassment or discrimination.  Following today’s action, SB 331 now advances to the Governor for his consideration.

Also known as the “Silenced No More Act”, SB 331 would expand the prohibition on overly broad confidentiality and non-disparagement clauses in employment agreements to cover workers who are required to sign these types of clauses as part of a severance agreement.

“The name of the bill says it all, as no worker should ever be silenced from speaking out about their own experience of harassment or discrimination in the workplace,” Senator Leyva said.  “For far too long, these secret settlements and agreements have reinforced a culture of secrecy that prevents accountability, respect and justice.  Workers in California deserve better than being forced into agreements that protect perpetrators and continue to harm survivors and others around them in the workplace.  I thank my legislative colleagues for their support of SB 331 and look forward to the day when workers are no longer forced to endure this deplorable behavior due to these clauses and agreements.”

In response to the #MeToo movement which exposed the significant role that secret settlements played in shielding perpetrators of sexually inappropriate behavior and even sex-related crimes, Senator Leyva previously authored and then Governor Jerry Brown signed SB 820 (2018)—also known as the STAND (Stand Together Against Non-Disclosures) Act. This important law now specifically bans non-disclosure agreements in cases of sexual harassment, sexual assault, and sex discrimination—unless confidentiality is requested by the worker—as it was clear that secret settlements were helping to preserve hostile work environments by allowing complaints to be hidden from public view.

As secret settlements certainly play as much a role in perpetuating workplace discrimination, harassment and bias based on race, ethnicity, sexual orientation, age, disability, religion, etc. as they do related to sexual harassment or sex discrimination, the “Silenced No More Act” seeks to empower those who raise these complaints about improper—and even illegal—behavior in the workplace to be able to speak openly about their experiences.

California also passed another #MeToo bill (SB 1300, Jackson) in 2018 that made a number of crucial changes to California’s harassment and discrimination laws. Though confidentiality and non-disparagement agreements that block workers from disclosing information about unlawful acts in the workplace are now banned as a condition of employment due to SB 1300, many employers still force workers to sign these types of provisions as part of severance packages when a worker leaves a job.

Highlighting the need for SB 331, two Black women recently raised gender and race discrimination claims against a company where “they were underpaid, faced racist comments from their manager and were subject to retaliation.”[1]  While the company initially dismissed their claims, the women’s stories created significant media interest and inspired other women to speak openly about their own experiences.  The women ultimately settled their claims and were protected by the STAND Act, though onlyfor their gender-based claims. In other words, though they can speak about their experience involving gender discrimination, they cannot speak about their experience involving race discrimination.  As harassment or discrimination claims are oftentimes intersectional (e.g., based on gender and race or age and sexual orientation), SB 331 will resolve a situation where the NDA covers only one aspect of the worker’s experience and claim.