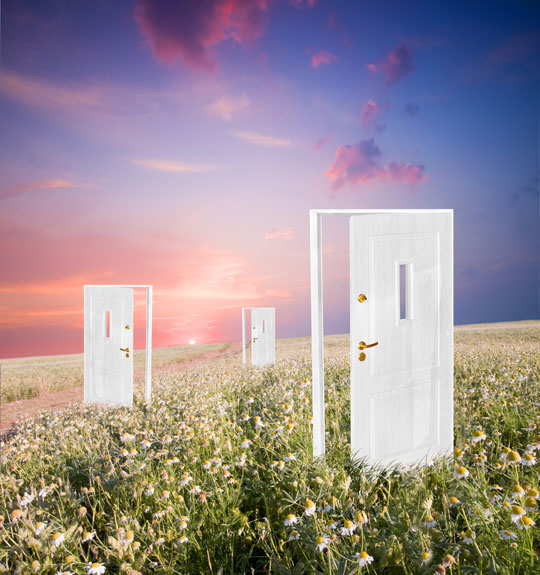 What causes my dreams? What I ate the day before? What’s going on in my life? What I read or watched on TV? I’ve been a cop, a mountain climber, a fireman, a minister, a boxer, a sailor. But last night I had an unusual dream.

I was confronted with two words. Why and when. “Why am I tempted or tried; why the world situations, etc.” I lost the answers. But then WHEN gave me answers, by way of several human examples: Mandela, Edison, Apostle Paul, my Dad, Pope Francis, Henry Ward Beecher, and Norman Cousins.

What happened in my dream still amazes me in my awakening hours. The words they said to me. I never met Nelson Mandela; but I’ve read what he said to President Bill Clinton when the President asked him what he had learned while incarcerated for 27 years-unjustly.

Mandela acknowledged that at his release he was bitter and angry. But he said, “I let it go. I forgave all who had been responsible for my imprisonment. Then I realized real freedom.” The message shook me but I didn’t awaken.

Then Thomas Edison came to my dream. This great inventor gazed at his laboratory burning to the ground, with all his notes and inventions. Especially his work on the “light bulb.” When asked if he had lost everything he had searched for; his response stimulated my dream. “No, I still have my memory of one thousand ways that won’t work.” Just thinking about it thrills my awake mind.

But then, I came up with some of the most sublime words in the Bible. In Philippians 4:11 he says, “I have learned to be content in all situations.” What a challenge for all mankind. The complete acceptance of life.

Then, in Romans 8:28 he says, “We know that all things work together for good to them that love God, to them who are called according to his purpose.” It’s a great promise with a realistic condition. They are worth all my reservations.

My Dad often comes to my mind and my dreams. He never said much but was a preeminent doer. The Great Depression brought poverty and unemployment. My grandmother and I were dependent upon him. His job became non-existent. Here is what I remembered in my dream. He worked on the WPA, he planted and raised beans, corn and strawberries. And sold them and used them for barter. He grew horseradish, ground it, bottled it and sold it door to door. He got me a used bike and I delivered newspapers. His creativity in putting food on the table was amazing.

I cannot say enough about Pope Francis, no wonder he was in my dream. Last May I met a man, Jose, who worked on a cruise ship. He had attended the Pope’s first parish when Jose was a kid. He said, “We called him ‘the bull. He had been a bouncer in a bar before being a parish priest. Nobody messed with him.”

The Vatican is finding that out today. With all that he has accomplished in a few months, I am most impressed in what he believes. Especially two very meaningful truths. The first one is, “I am not God.” This was said in response to his views on homosexuals. He refused to be a judge for anyone-including you and me.

The second phrase of the Pope’s is the title of his latest book, “Mercy is the Name of God.” Throughout Roman Catholicism this year is”the year of mercy.” I love it. Why? Because you and I need it.

Most readers will not know the name of Henry Ward Beecher. He was a great preacher in the 1800’s. His sister was Harriet Beecher Stowe. Both were advocates of the freedom of all slaves. But in this venue, I quote a famous statement that I’ve cherished for years.

“God asks no one if they will accept life. That is not our choice. Our only choice is what we will do with the time we have.” It is a phrase I repeat often. It is a challenge and a demand. Every minute we live is vital. We are responsible for how we use it. The choice is always ours.

The last segment of my dream is a statement by Dr. Norman Cousins. He is a favorite of mine. He was one of my graduate mentors. He was a fountain of creative information. In case you don’t remember him, in the 60’s he was diagnosed as terminally ill. Through laughter, positive emotions and mega Vitamins C, he became well.

In many articles he advocated that all people should work with their physician. But in my dream, he kept repeating my favorite phrase; “No one knows enough to be a pessimist.” He meant by that; no doctor, no minister. No friend, no specialist, exactly no one.

He based his observation on the hundreds of terminally ill people that he personally knew that got better. They had all been diagnosed as incurable.

Upon awakening from my dream, I immediately awakened Stella and told her about the dream.