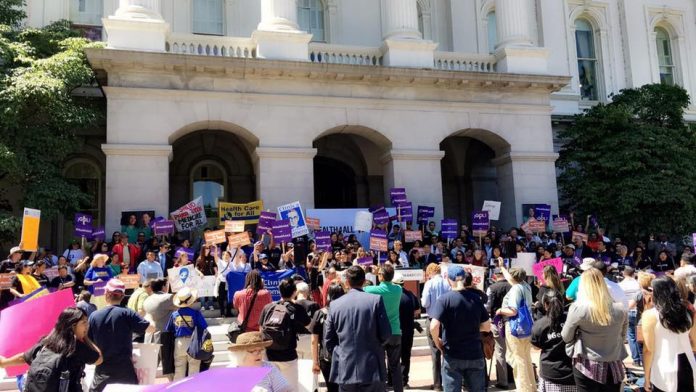 Receiving good health coverage has become a daunting task for millions of undocumented immigrants across the U.S. due to high premiums, co-payments, and lack of access. Approximately 21 percent of immigrants remain uninsured, according to data compiled by the Henry J. Kaiser Family Foundation.

Turning to health experts for medical assistance is an intimidating, if not, frightening experience for undocumented immigrants that face the stigma of being ‘illegal, criminal aliens.’ Many immigrants believe their economic and legal stability will be in jeopardy if they seek resources from local, state, and federal agencies.

This stigma proves that the undertones of xenophobia–the fear of the ‘other’ and the demand for immediate assimilation–hinders our nation’s most vulnerable populations.

Instead of shutting the window of opportunity for immigrants and other disadvantaged groups, it’s essential for health experts, state and national leaders, and immigrant rights organizers to continue advancing the agenda for universal health care.

Despite providing health care coverage to thousands of undocumented children through the expansion of the Medi-Cal program last year, immigrant adults in California remain restricted from public health benefits.

The County of San Bernardino is one of eleven counties in the state that does not extend health services to undocumented adults, according to Health Access California.

Researchers at UCLA point out that many immigrants may avoid or delay preventative care–exacerbating their already existing health problems. Issues that could have been prevented or treated evolve into severe and long-term illnesses.

It’s evident that undocumented immigrants do not pose a burden on hospitals, clinics, and emergency rooms, UCLA health researchers claim . Rather, their lack of access to health care is rather unfair–considering immigrants pay approximately $3.1 billion to help fund social services in California according to the Institute of Taxation and Economic Policy.

Alondra Naves, one of the local leading forces behind the ‘Health for All’ campaign, says that providing health benefits to the 122,000 uninsured undocumented residents in the region will help improve the quality of life. In the long run, Naves expressed, preventative care will save local and state agencies millions of dollars in expenses.

“At the moment these people are not receiving anything,” Naves said. “Having health coverage will alleviate many illnesses that have gone untreated for too long. They shouldn’t have to stress about receiving care when they are sick. Everyone should have direct access, regardless of legal or economic status.”

On Saturday April 8, several health policy experts and providers will be on hand at San Bernardino Valley College to provide free information about services, as well as discuss health issues afflicting uninsured immigrants in the Inland Empire.

The pressing item that will be discussed is Senate Bill 562, known as the Healthy California Act, that intends to spread Medi-Cal coverage to all residents in the state. Whereas many progressives are delighted with the single payer health plan, others are concerned about where the funding will come from.

“This is called ‘the unknown by means of the more unknown,’ Governor Jerry Brown told the Sacramento Bee regarding SB 562. “In other words, you take a problem, and say ‘I am going to solve it by something that’s … a bigger problem,’ which makes no sense.”

Even though there are skeptics that believe paying for such a health care system may be impossible, advocates believe swapping premiums and copayments for higher taxes may do the trick.

It is my hope that Saturday’s discussions can bring awareness to the need for advancing health coverage for all.