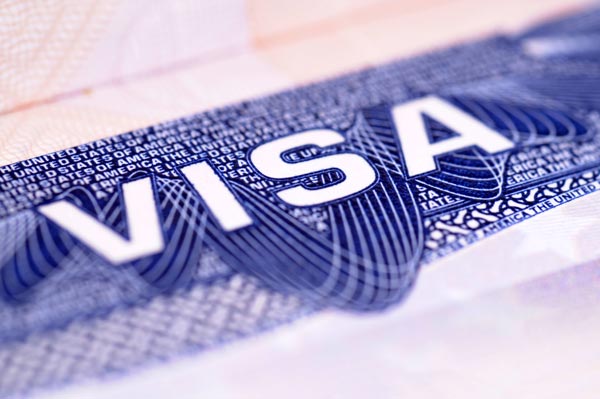 I love our country. Ever since I knew the meaning of the word patriot, I’ve been one. I’m also in favor of immigrants entering our country.

My ancestors were immigrants from Switzerland and England. Stella’s parents came from Greece. I have grandchildren that have one parent from Costa Rica, Puerta Rico and Mexico.

I have close friends from Pakistan, from Vietnam, from Thailand, from Mexico, from Canada, from Iran, from China, from Japan from Tonga and from Portugal.

I regularly see doctors: from Egypt, from Poland, from Korea, from Vietnam, from Taiwan.

And a dentist from the Philippines.

A question. Where did the early citizens of our country come from? The answer. The Native Americans originally came from Russia. The earliest settlers came from England, from Spain, from France; from Sweden, from Portugal and from Germany.

Then I think of the countries I’ve visited, without staying longer than 4-5 months-84 of them.

It has often been said that our nation is made up of immigrants. Too true. There are more than 500 tribes of Indians in the USA. They were here when the first immigrants arrived.

Before the Pilgrims at Boston’ before the settlers at Jamestown, Virginia, before the explorers at St. Augustine, Florida. This land was not our land in the beginning. The Athabascans migrated from Alyeska (Alaska) between 15,000 and 20,000 years ago. They spread out and various groups developed their own cultures, dialects and became Navajos, Cherokees, Pechangos, Mirangos; Serranos and hundreds of other tribes.

When the whites arrived, they were the immigrants. That makes the descendants of all three-Boston, Jamestown and St. Augustine-illegals. That also refers to the colonies and the founders of our country. Descendants of Washington, Adams, Jefferson, Franklin, Hancock etc. were illegals as well. It wasn’t until the early 1800’s that records of citizens were taken. In fact, the records were somewhat fuzzy until the 1900’s.

The early black population was excluded when it came to citizenship. The early records depicted citizens as white and landowners. The letter of the law made all blacks illegal immigrants.

A dark period in our country about immigration is the Chinese Exclusion Act of 1892. After being in the USA and working on the railroad, they were mistreated and abused. An example is Redlands. Some Chinese were even hung and others killed by bullets. Oriental Street is a sorry reminder in downtown Redlands. The Chinese were housed in shacks.

An equally sorry moment was the aftermath of the Korean War. A personal friend of mine and a veteran came home from the Korean War and was denied access to swim in the Redlands public pool. He was Hispanic.

There is another area of immigration that needs attention. I’m referring to immigrants from Canada and Mexico. I know approximately thirty (30) people from Canada that are assimilating into U.S. citizenship. They look like us; the speak like us; they have jobs like us. For all intents, they are citizens. Most of them are second generation citizens. They assume their parents were legit.

The same applies to former Mexican citizens. The ones I know are second and third generation from Mexico. Their parents came many years ago as workers. Immigration laws were loose and seldom observed. Their children and grandchildren assumed they were citizens. In fact, I even speak better Spanish than many of them do.

The news for several days has focused on the immigration ban issued from the White House by President Donald Trump and his Executive Orders. They were focused on seven countries. I’ve been especially concerned about Iraq. The situations that have really upset me were those that were shut off from entering the U.S.A. They were legally qualified.

They also had aided our military forces, laying their own lives open for martyrdom. Several even had loved ones waiting for them. But they were sent back to Iraq. What a shame.

Religion of choice has not been; nor should be. It has often been dominated by extremists. For example, Islam. The vast number of Americans have judged Islam by ISIS, which is not Islam. It would be like judging Christianity by the KKK. The clan professes a fundamentalist view of Christianity. To become one a person must profess to be born again and believe in the inerrancy of the Bible; and of course, to be pure white.

I’m also concerned with refugees with Green Cards. They are protected by law. Here are a few facts I’ve learned about them.

1. A Green Card holder can travel abroad and reenter the United States.

2. After 5 years they can apply for citizenship.

3. They can apply for government financial aid.

4. Can work for any US employer.

5. They may have access to security clearance and receive Social Security benefits.

6. They can start their own business.

7. They can purchase a home and have a mortgage.

8. They can own cars and firearms.

9. They can live in any State and live there permanently

10. They can become a real estate agent or a life insurance agent.

However, they do not have the right to vote, but can contribute to a campaign.

IN MY OPINION, I BELIEVE THAT ANYONE WHO CAN VOTE AND DOESN’T, HAS VIOLATED THEIR GOD-GIVEN TRUST.