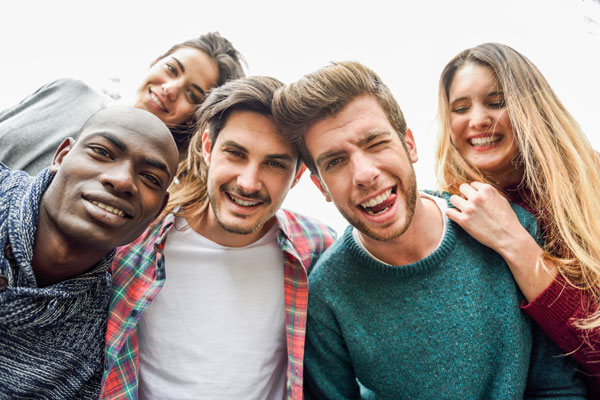 Friendship. What does it mean? Let me count and miscount the ways. The dictionary; usually so clear and descriptive, is vague and ambiguous.

The Bible. It is usually helpful and, it is about friendship. Jonathan and King David were memorable friends, in spite of great differences in their backgrounds. Jonathan came from a king’s palace. David, a sheep herder and poet.

Saul, the King of Israel, hates David and tries to kill him. And still Jonathan is David’s friend. He dies but still maintains his friendship to the end.

The Bible has many references about friendship. In the Book of James 2:23, it says that Abraham is referred to as the “friend” of God: Previously it states that Abraham believed God.

In John 15:13, it states strongly that, “Greater love has no man than he lay down his life for his friends.”

The dominant theme in both of these references is loving. Which makes it a basic element for friendship. A further description for friendship is found in First Corinthians chapter 13:4. Substitute love/charity for friendship and it reads: “Friendship never gives up, doesn’t fly off the handle, doesn’t keep scores of his friend’s mistakes, is long suffering, never looks back, always looks for the best”. . . . from the Message.

I would make my own translation. “Now abides hope, faith and friendship; but the greatest of these is friendship.”

It is often said that if any of us has five (5) good friends, we should count ourselves lucky. Several of my close friends have died: Paul, Orv, Homer, Wilhelmina. Currently I have several close friends. With whom I often have lunch. I’m the lucky one.

Again, it has been said that a criterion for a genuine friend is when secrets can and are shared. Trust with intimacies.

I recently read a published article, How To Rescue A Friendship. 1. Make the friendship a priority. In other words, make time for it. 2. Cultivate it, as you would a flower. Let friends know how much their friendship means to you. 3. Keep in touch. By e-mail, remember birthdays, important events and set time for lunches. 4. Spend time. Friendship demands time spent as well as events and information.

We all need friends. New ones are vital. Changes in one’s life demand it. Caused by moving, divorce, death, job changes. For example, years ago, Don and I were very good friends. Following graduation from Seminary, he entered the U.S. Army and became a Chaplain and was stationed in many places in the world; Colonel (Ret.) Don Davis was on two tours in Vietnam.

About eight years ago; I heard he was living in Southern California. We connected and it has been wonderful cultivating our old friendship. Both retired with new wives.

A major problem in maintaining a vital friendship is simple: indifference. To forestall this, a simple phone call, a letter or e-mail, a lunch will alleviate the problem of indifference.

James Douglas Morrison says, “A friend is someone who gives you total freedom to be yourself.”

Levi Wein states, “A true friend is someone who is there for you when he’d rather be anywhere else.”

I like this Japanese proverb, “When the character of a man is not clear to you, look at his friends.” I read this Latin proverb recently, “A friend in need is a friend indeed.”

And this proverb speaks volumes. “Only your real friends will tell you when your face is dirty.” (A Sicilian proverb.)

Jacques Delille is quoted as saying, “Fate chooses your relations, but you choose your friends.”

One of my favorite writers-Ralph Waldo Emerson, “Our chief want in life is someone who shall make us do what we can. This is the service of a friend. With him we are easily great.” Continuing with Emerson, “The only way to have a friend is to be one.”

Charles Darwin. “A man’s friendships are one of the best measures of his worth.”

The following are from ancient thinker’s. Aristotle: “A friend to all is a friend to none.” And Aristotle again. “Wishing to be friends is quick work, but friendship is a slow ripening fruit.”

Being open and supportive of being a friend seems to me to be a benefit to both. Two examples support my thinking. Matt Damon and Ben Affleck and Oprah Winfrey and Gayle King. I’m sure there are others, but the four are long standing in their friendship. Finally, returning to the Bible for a vivid evidence of a friendship.

In the Gospel of John Chapter 11 and verse eleven, are the words of Jesus. Lazarus, He is told, is dead, and Jesus says, “My FRIEND Lazarus sleeps and I must go.”