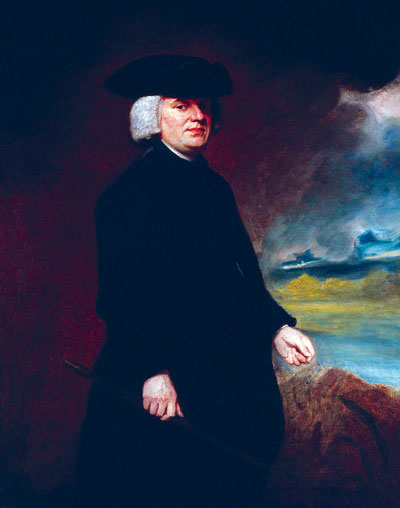 The name William Paley is not commonly known. However, in my opinion he is right there with Charles Darwin and Isaac Newton. His style is similar to the style of Jesus. Jesus used birds, lilies, coins, and sheep to illustrate truths. Paley used a watch – a timepiece.

He was born in July in 1743 and died on May 29, 1805 at age 65. He was an English clergyman, a Christian apologist, a philosopher, and a utilitarian.  He is best known for his natural theology and his argument for the existence of God, rather than several gods. He made use of the watchmaker analogy.

He was born in Peterborough, England and was educated in Giggleswick School and at Christ’s College, Cambridge. He graduated in 1763. He became known for his lectures on Samuel Clarke, Joseph Butler and John Locke, and particularly on the New Testament.

Of great interest to American historians was his strong vocal and literary support for the American colonies during the Revolutionary War. Of particular note is that Paley and Edmond Law were good friends. In fact, Law pushed Paley in 1785 to write the classic book, Principles of Moral and Political Philosophy.

In the book, Paley strenuously supported the abolition of the slavery trade. He influenced the thinking of Englishmen regarding slavery.

It was at that time his writing became popular. In particular his book, Evidences of the Existence and Attributes of the Deity. By the way, Charles Darwin was a friend and supported Paley’s views.

Before I present the major reason for Paley’s prominence, it’s important to place Paley’s place in the pantheon of prominence.

Sir Isaac Newton and Rene Descartes “were among the leaders in the scientific revolution that upheld the physical laws that William Paley had uncovered, revealed the mechanical perfection of the workings of the universe to be akin to a watchmaker, wherein the watchmaker is God.”

As previously mentioned, Charles Darwin was a contemporary and he endorsed Paley. So did Richard Dawkins, the famous evolutionary biologist. Particularly, he often praised Paley for his strong and logical belief in God as the supreme Designer. Even though Dawkins is an atheist and opposes creationism.

William Paley’s watchmaker analogy is basically a teleological argument. It is a Greek word meaning “end” for telos and a “logos” which means the study of, and in this case, it refers to science. It also has a sense of a moral obligation.

His argument played a prominent role in natural theology. Basically, it was the watchmaker analogy that was used, “To support argument for the existence of God and for the intelligent design of the universe in both Christianity and Deism.”

His analogy was couched in a story. In his unique account he described a person walking through a forest. He accidently finds a watch and wonders about its origin. Did it accidently come there because of its parts falling from the sky; they just appeared completely by chance and accident.

OR, was it dropped there; that it was the product of a designer. Someone had organized it, planned it all as an engineer would. In other words, it had a designer. The application was that as the universe is organized with certain laws, such as the law of gravity. All of space, earth, animals, plants and humans were the result of a designer, God.

The laws of gravitation and of motion (Newton and Kepler) combined to establish the regularities of heavenly and earthly bodies. Monotheists suggested, “Just as watches are set in motion by watchmakers, after which they operate according to their pre-established mechanisms, so also was the world begun by the God as the Creator, after which it – and all its parts have operated according to their pre-established natural laws.”

As a minister (Ret.) and a would-be theologian, I appreciate the William Paley analogy. I wish I had learned about the analogy seventy (70) years ago.