“Let’s not let [Municipal Advisory Council] members or developers dictate how we will live, breathe, and raise our families,” resident Thomas Rocha told the San Bernardino County Planning Commission during a meeting on August 17.

In recent months, the Center for Community Action and Environmental Justice (CCAEJ) has helped mobilize residents to speak out against county plans in Bloomington. Mobilization began in May after the San Bernardino County Board of Supervisors approved a 680,000-square-foot warehouse several hundred feet away from Crestmore Elementary School.

“You have a significant amount of power,” said Flores. “This county can thrive, but not with these warehouses here.”

Residents who spoke during the commission meeting have also attended Bloomington Municipal Advisory Council and Colton Joint Unified School District gatherings to voice their concerns with what they say is a lack of regard for the safety and health of children.

“The Senator is not opposed to warehouses per se,” Townsend explained when asked by Commissioner Jonathan Weldy if Leyva opposed all warehouse development. “She’s against warehouses being built in close proximity to schools and residences.”

Weldy asked Townsend to ask Leyva what she considered would be a good distance of separation of warehouse development from schools. Townsend said he would relay the information to the Senator. 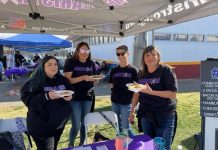 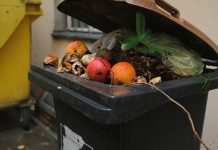 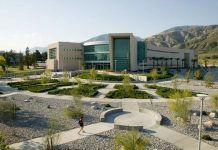 CSUSB is one of the most environmentally responsible colleges in the U.S.