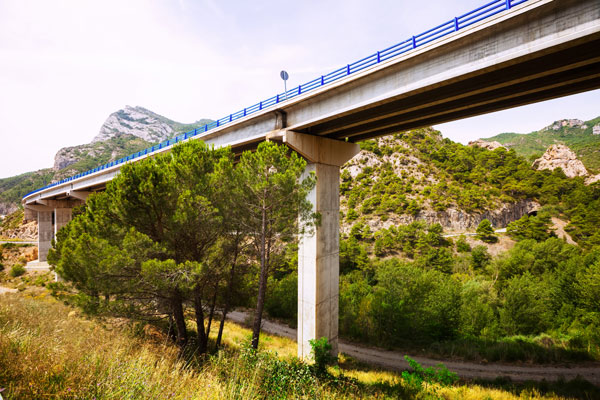 I’m often asked where do I get the ideas to write about. But this one I remember clearly. Two sources. A school teacher and a daughter. Let me illustrate.

I’m indebted to Deb McKenzie the school teacher for sharing the following urban legend. It’s about two brothers. Their father had a large farm. Being too old to farm it, he divided it and gave each of the sons equal parts. In the beginning, they were friends. But one day an argument divided them and for many years they did not speak. Bitterness growing every year.

One day a carpenter showed up looking for work. One brother said “yes, and build a fence high by the stream separating my brother from me so I can’t ever see him.”

That evening when the brother came from town, he found that the carpenter had built a BRIDGE across the stream. Then he saw his brother walking toward him, across the bridge. The brother said, “I can’t believe that after all the bad things I did to you, you’ve built a bridge and welcome me back.” He then gave him a big hug. When the carpenter was asked to stay, he declined, saying, “I must go because I have many more bridges to build.”

The story is a parable. How often there are estrangements between family members, neighbors, friends, co-workers, relatives etc. Between religions, nationalities, political groups, husbands and wives. The causes are myriad. Misunderstandings, childhood differences. Simple differences that have grown out of control. Before there can be a bridge there must be a conflict or an estrangement. The cause can be obvious or imagined. Real or insinuated.

This even happened to me. It was an incident with a neighbor. I was passing by his house and unaware that he waved at me. I have two habits that are often liabilities. My eye sight is bad and when I’m thinking about something, it dominates my attention. He presumed I was ignoring him when I did not return his greeting. When I apologized later, the bridge, he understood my dilemma, and our friendship was restored.

Robert Frost’s classic poem “Mending Wall” closes with these words, “Good fences make good neighbors.” I prefer what Pope Francis I says, “A person who thinks only about building walls, whoever they may be, and not building bridges, is not Christian.” He also said recently, “The church must have open doors for everyone.” In other words, bridges. National conflicts cause wars. Bridges encourage peace.

In the founding of our country, conflicts with England precipitated the Revolutionary War and the War of 1812. But a great bridge was built between us and them. We were Allies in WWI and WWII and still are.

Ronald Reagan is often eulogized as a strong conservative. I consider him as a great builder of bridges. He and Tip O’Neal. Republican and Democrat. They differed on almost every issue. But they constantly fraternized over a beer and a cigar. Friends. Bridges.

The Cold War was stopped by two men that built a bridge. Reagan and Gorbachev. Democratic and Communist differing, but they forged a bridge of understanding. Dale suggested them.

Does the Pope practice what he preaches? You bet he does, in spite of the die-hard ultra-opponents. He builds bridges to Islam, the Eastern Orthodox and the Anglicans all the time. His bridge is an open door. Leslie, a Mormon, told me about the woman who protested the church on women’s rights. It was pouring rain in front of the Salt Lake City’s Mormon Temple. President Spencer Kimball took his raincoat and rain hat out to her. An unforgettable bridge of compassion.

One more view point about bridges. Many people, including me, wish we had built a bridge with a loved one while they were living; but we didn’t. I believe it is never too late. When I was 2 ½ months old, my mother divorced my Dad and left me. She hadn’t been in the house for 3 ½ years. Fortunately for me, my Dad took me and he and his mother raised me. For years I resented my Mother for the situation. She never claimed me as her son.

There are three basic elements in every resolution: forgiveness, understanding and usually a catalyst. By catalyst I mean someone that steps in and brings about the element of understanding. With me it was my daughter, Pamela. She simply said, “Dad, have you ever considered what was going on in her life when she gave you up?” I had not. But I began.

She and my Dad were married when she was sixteen years old. Seventeen when I was born. She was the oldest with six siblings. The Great Depression was beginning with few jobs available. She had to support the family. How could she mother a child? No way. Recently I’ve heard from relatives that my Mother always loved me and regretted the lack of relationship. The bridge was made. I believe she is with God and I pray often that God will tell her of my love and understanding.