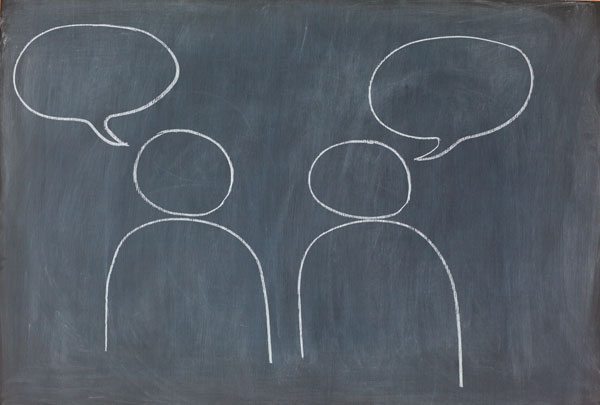 I’ve been telling the following story for several years. However, I’ve never known its source. Never knew who wrote it.

Recently I learned the answer. It was published in 1936 and was written by the great British writer, W. Somerset Maugham. The story is called “The Verger.”

A verger was like a janitor who took care of the inside of a church. They were poorly paid and lowest on the social scale.

In this story, Mr. Foreman-a wealthy tycoon-is asked: “And you amassed a fortune and built up this important business without being able to read or write?” Then comes the kicker. “Think what you would be now if you had been able to?”

The background of the story is most interesting. As a verger (janitor) at St. Peter’s Neville Square, he was fired because he couldn’t read or write. Mr. Foreman leaves very depressed. Outside the church was a boy selling apples, 25 cents a piece. Foreman bought two and later sold one for double the cost. Within a year he had a wagon selling apples. Within two years he owned a store. Within five years he was a millionaire.

Back to Mr. Foreman. When asked the above question, he said, “I’d still be a verger (janitor) at the church. Harvey Mackay in his best seller, “We Got Fired,” states the moral of the story. Not that it pays to be illiterate, but that it pays, “not to let certain skills trap you into dead-end situations.”

These words are not a defense for ignorance, but a reminder that education is not always the answer.  Sam Walton quit Wheaton School of Finance; Bill Gates, founder of Microsoft, is a college dropout-from Harvard.

I like Mackay’s final admonition. “Education may get you out of the gutter, it’s only relevant knowledge that can lift you off the sidewalk.”

Seeing eye dogs have been a part of our culture for many years. Hazel Hurst was one of the original founders of the movement at the beginning of the 20th century.

On one occasion she was asked about the training techniques used to train the dogs: the behavior patterns that were used, the various commands that were necessary, and the breed of dogs that were preferred.

Finally, she was asked, “What is the most difficult thing for the dogs to learn?” Her answer amazed everyone. She said, “To get the dogs to look at life from the eye-level of a six-foot man or a five-foot woman.”

The explanation she gave is a parable for life. “Dogs naturally have their eyes and nose to the ground. They sniff and look at life from a one-foot level. If they are to help a blind person, they must raise the level of their horizon.”

It takes a lot of training to get the dogs to change their view of life. Not unlike people. Changing our views from fear to faith; from despair to hope; from pessimism to optimism; from suspicion to trust; and from selfishness to selflessness. Raising our horizon.

It takes a lot of training and a lot of learning. A bit of levity is needed, and the following story always amuses me. It’s called the Pope and the Rabbi. Several centuries ago, the Pope decreed that all the Jews had to convert or leave Italy. There was a huge outcry from the Jewish community, so the Pope offered a deal. He would have a religious debate with the leader of the Jewish community.

If the Jews won, they could stay in Italy. If the Pope won, they would have to leave. The Jewish people met and picked an aged but wise Rabbi, Moishe, to represent them in the debate. Since Moishe spoke no Italian and the Pope spoke no Yiddish, they all agreed that it would be a silent debate.

On the chosen day, the Pope and Rabbi Moishe sat opposite each other for a full minute. The Pope raised his hand and showed three fingers. Rabbi Moishe looked back and raised one finger. Next the Pope waved his finger around his head. Rabbi Moishe pointed to the ground. The Pope then brought out a communion wafer and a chalice of wine. Rabbi Moishe pulled out an apple. With that, the Pope stood up and declared that he was beaten, that Rabbi Moishe was clever, and that the Jews could stay.

Later, the Cardinals met with the Pope, asking what had happened. The Pope said, “First, I held up three fingers to represent the Holy Trinity. He responded by holding up one finger to say there is still only one God common to both our beliefs. Then, I waved my finger to show that God was all around us. He responded by pointing to the ground to show that God was also right here with us. I pulled out the wine and wafer to show that God absolves us from our sins. He pulled out an apple to remind me of the original sin. He had me beaten and I could not continue.”

Meanwhile the Jewish community gathered around Rabbi Moishe. “What happened?” they asked. “Well,” said Moishe, “first, he said to me that we had three days to get out of Italy, so I said, ‘Up yours!’ Then he tells me that the whole country would be cleared of Jews and I said, ‘We’re staying right here.’” “And then what?” asked a woman. “Who knows?” said Moishe. “He took out his lunch so I took out mine.”