The 2021 NBA season is over and we have a champion. It is a team we haven’t seen on this stage since 1971 when Lou Alcindor and Oscar Robertson were their leaders, the Milwaukee Bucks.

First off, I want to congratulate the entire organization and the players. After their horrific exit last season in the bubble, they picked up Jrue Holiday, got some better role players, and coach Mike Budenholzer finally figured out his rotations.

But today I want to talk about the Bucks main man, Giannis Antetokounmpo, A.K.A the Greek Freak. From the streets of Greece to now being a basketball god, allow me to explain how much him being an NBA champion means so much in so many ways.

Many people know Giannis’ story. He grew up with his 3 brothers in Greece. He came from a poor family. So poor, in fact, that he and his brother, Thanasis, who also is now a champion, had to sub in and out for each other in games because they only had one good pair of shoes. Coming into Giannis’ draft year little was known about him. He was a near 7-footer that was a raw prospect and would take some time to develop, that’s all we knew. He was selected outside of the lottery and fell into the Bucks hands.

Giannis’ rookie year was nothing special. He averaged just under 7 PPG in 77 games while playing behind guys like Brandon Knight, Khris Middleton, OJ Mayo, and Caron Butler. The Bucks and Giannis didn’t really know what position he could play best, so he pretty much played them all, including point guard. Yes, Giannis for a few games was a 6’11” Point Guard. Let me also not forget to mention that in his rookie year he sent all his contract money back to Greece for his family. He didn’t have enough for a taxi to the game, so he had a fan take him.

But, moving on from that, Giannis showed some flashes in his second year. He averaged 12.7 PPG and even scored 25 in a first-round playoff matchup against the Chicago Bulls. But, still, it was nothing special. He looked like a solid role player at best.

Fast forward a bit to his fourth season. The Bucks were still trying to find the right coach and Giannis finally broke through. He averaged 23 PPG and helped the Bucks reach the playoffs once again, where they lost to the Raptors. Now going forward a bit more to 2018, and Giannis is now a 2-time all-star. But, he wasn’t done yet. In 2019, Giannis made history. He won the MVP award, the first MVP to be from Greece.

However, it wasn’t all good. Giannis started to become notorious around the league for a few things. One, his lack of ability to shoot the 3 and FT’s. And two, him disappearing at times in the biggest moments. In 2019, that showed. The bucks were up 2-0 in the ECF. Two wins away from the finals before they blew it by losing 4 games in a row. Then, 2020. Giannis makes history again by winning both MVP and DPOY. But, the Miami Heat simply wall up, force him to shoot, and his 1 seed Bucks lose to the 5 seed Heat in the second round.

That offseason, Giannis shocks most NBA fans and signs a 5-year supermax with the Bucks. Unlike many other stars, Giannis stayed loyal to his original team and promised to win a championship with them. And as we now know, that gamble paid off. Now here, in 2021, the Bucks are NBA champions, and Giannis is Finals MVP thanks to his multiple 40 point games in the finals.

So, that is Giannis Antetokounmpo. Just a kid from a poor family in Greece. He went from a raw prospect to a role player, to an all-star, to an MVP & DPOY, to a champion. All while staying loyal to the city that took him in when he and his family were struggling the most.

You won’t see many stories like Giannis’ ever again, so we should appreciate this humble superstar while he’s still here. Don’t think this is the end of the story. A reminder that Giannis is only 26. He won’t be going away anytime soon.

Congratulations once again to the Bucks on an incredible season, and I can’t wait to see what they do for an encore. 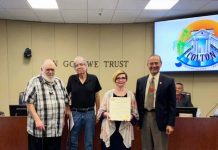 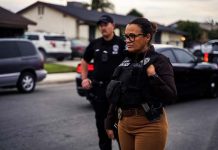 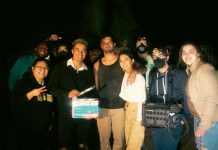