The children of immigrants don’t get to be children // We lose our innocence watching our parents’ backs bend, break // I am an old soul because when I am young, I watch my parents’ spirits get slaughtered

Republican leaders and conservative immigrant groups are praising the new federal administration for their stern immigration enforcement. Have they stopped to think the effects this new era of law and order will have on immigrant children, specifically U.S. born children?

In a stark break from Barack Obama’s friendly immigration policies, President Donald Trump has embarked on a mass deportation agenda that threatens to undermine the years of progress made by immigrant rights groups to protect and improve immigrant communities.

U.S. Immigration and Customs Enforcement has already arrested approximately 40,000 immigrants since Trump took office in January–a 38 percent increase from last year. Despite No. 45’s claims of only going after the “bad hombres”, statistics and case examples have clearly refuted his statement.

ICE has apprehended 10,845 migrants whose only crimes were being in the U.S. illegally. It marks a 156 percent increase from 2016.

It means that otherwise law abiding, tax paying immigrants–individuals that have established roots in the United States–will be deported and separated from their families.

The irony of Trump’s immigration plan is that it undermines his basis for enforcing it. It’s evident that mass deportations will only lead to the depletion of the family apparatus–primarily in low income communities of color–and contribute to existing childhood strife in these neighborhoods.

Caught in the convoluted web of detention and deportation are U.S. born children who are forced to juggle American values with their parents’ cultural traits. Despite being entrenched in American society through language and culture, they have been reminded by the Department of Homeland Security team that their livelihoods are not considered when deporting their elders.

Immigrant children born in the U.S–despite purportedly having access to the same social and economic resources as other children–are more likely to live in poverty and have trouble gaining access to health care, as reported by the National Center for Children in Poverty.

In addition, U.S. born children exposed to incidents of ICE raids involving their parents are more likely to suffer mental health issues, according to the American Psychology Association.

California–a state that is hoping to be the example of how to limit local law enforcement/ICE collaboration–reported that 10,000 of the immigrants apprehended in the state are parents to U.S. born children.

The absence of any parent is reason enough for a child to rebel, let alone develop depressive symptoms, negative self-esteem, and high anxiety.

Are rash deportations the answer? This Administration should consider the consequences of these decisions. 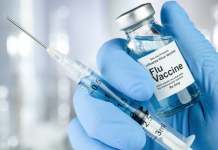