The parade will begin at 6 p.m. on Citrus Avenue, near the Redlands Mall and continue east on Citrus to 8th Street, then west on East State Street. The parade will also travel along Orange Street, Brookside Avenue and will end on Eureka and West State streets.

As thousands are expected to line the streets with chairs and blankets, organizers are asking parade goers to dress warmly and arrive early.

For those not wanting to brave chilly weather, the parade will be televised on Frontier/Verizon Channel 35 and Time Warner Cable Channel 3. A DVD of the parade will also be available for $20 and can be purchased online at www.redlands-events.com/XMAS.htm. 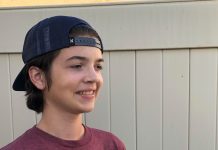