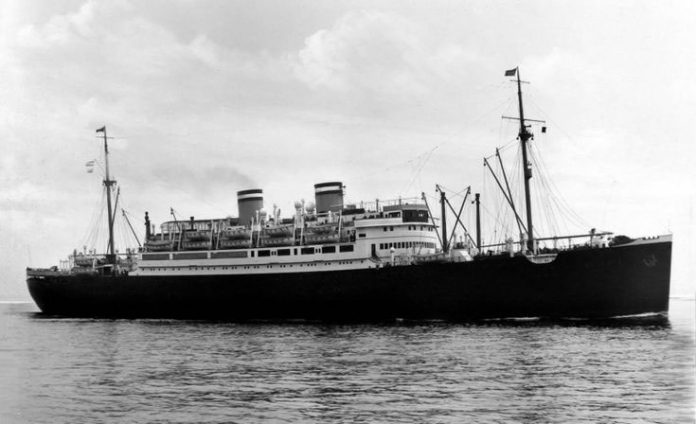 On May 13, 1939 over 900 Jewish people fled Germany. They became passengers on the S.S. St. Louis luxury cruise ship. Its destination was Cuba and then the United States. They were turned away from Havana.

President Roosevelt turned a deaf ear to them and they had to return to Germany. Subsequently, more than 250 were killed by the Nazis.

I was twelve years old when Hitler invaded Poland on September 1, 1939. My Dad was 37 years old and he had to register for the draft. However, he came down with spinal meningitis and was declared 4F.

Did you know that the Nazis placed a ban on Masonic Lodge members? They were some of the first victims of the Holocaust. Also, members of the Salvation Army, the Jehovah Witness, the Seventh Day Adventists, the gypsies and minorities.

Above all, Jewish people. Over 8 million of them were gassed and then cremated. The Gestapo would then take the gold from their teeth for themselves.

A major approach that Hitler used was forcing or accepting companies to work for the Nazis.

Of interest to historians is Hitler’s affinity with dictators: Stalin, Mussolini and Tito.

I get chills up my spine when I learned that Henry Ford, John D. Rockefeller, John Kennedy, Sr. in the beginning-were supporters of Hitler. Neville Chamberlin of England was a key influence.

There are two individuals that should always be remembered for their heroism against Hitler. The first is Anne Frank. Her full name was Annelres Maria Frank. Her diary – a gift – details her experiences in hiding in a part of her family’s house. It details her life in hiding between 1942-1944.

She died from typhus at age 15, a few weeks before the British set them free. Her book is memorable and has been acclaimed in plays and movies.

The second individual is Dietrich Bonhoeffer. He was a Lutheran minister, a war hero, martyr and spy. His crime was conspiring to assassinate Adolf Hitler.

On April 9, 1945 he was executed by the Nazis by hanging. He refused to appease Hitler and his perverted view of Christianity. His books have been avidly read by most ministers, including me.

I’ve visited all over Germany three different times. The most memorable visit was my visiting Dachau, a famous Holocaust prison. Today it is a museum showing historical items, 2 furnaces and 2 large rooms used for poisoning prisoners. I was the first visitor on a Sunday morning and as I walked to the incinerators, the church bells in the small town began to ring. I started crying as it dawned on me, the victims could have heard the bells calling Christians to worship.

Now, back to my original paragraph. Through research, I have a detailed copy of what happened on the trip by a survivor – Gisele Feldman, who was 15 years old at the time of the cruise.

She said, “It was really something to be in going on a luxury liner. We really didn’t know where we were going.” At the age of 93, she remembers vividly leaving Hamburg, Germany. She was with her mother and her sister.

She was well aware of the danger because of Hitler. Her family had lost their properties. They had all been confiscated. Her Polish father had been arrested ad deported back to Poland.

They had purchased visas in Berlin for Cuba. She said, “We were surprised that my mother was so brave. We were afraid.” Gisele said, “We never saw my father or 30 of my relatives again.”

The two weeks trip to Cuba was exciting. Lots of food, entertainment and meeting new friends. The Captain allowed religious ceremonies. They were all happy.

But tragedy was close. On May 27, fear and uncertainty hit them. Cuba refused to accept the ship.

The Captain then cleared the ship for Florida. President Franklin D. Roosevelt yielded to political pressure and would not allow it to dock.

Off to Europe. Everyone was crying. However, Belgium, France and Holland accepted them, on June 17, the liner docked in Belgium.

Later Gisele learned that 250 fellow passengers were victims of the Holocaust.

Eventually most of the survivors were accepted into Israel.