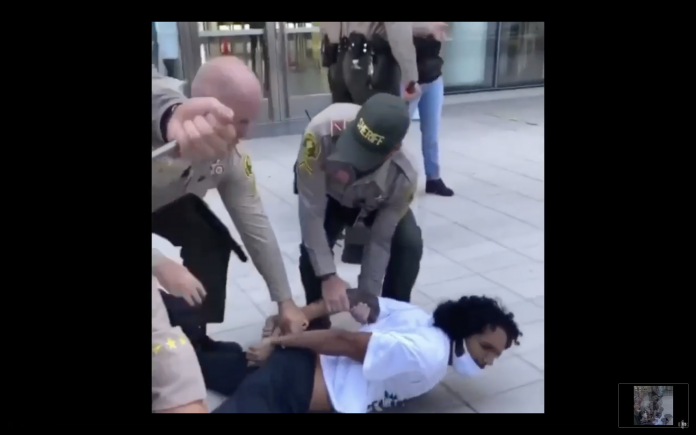 After years of delay, the trial of one of the 11 protestors who was arrested during a protest in support of Lawrence Bender, an unarmed Black man who was shot by a Rialto police officer in 2019, began Tuesday in Joshua Tree after prosecutors moved the trial to a new location more than 75 miles away.

“The DA is trying to make an example of Black citizens who made their voices heard. To pursue charges like this is a waste of resources and clearly intended to disrupt organizers who care about Black life in San Bernardino County,” said Donavan Caver, a founding member of BPC-IE and the defendant facing trial today.

You can support the defendants by donating to their legal defense fund, accessible through Venmo: BPCIE.