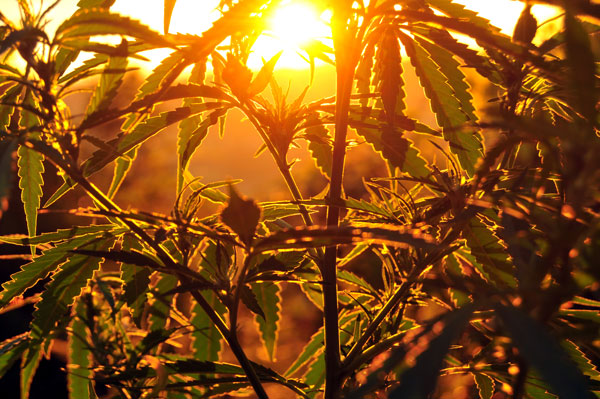 The city of Colton is being sued over its marijuana ordinance passed last November that allows for two marijuana cultivators within city limits. The lawsuit, filed by Stephanie Smith on behalf of Riverside-based B Street Equities last Wednesday, Apr. 25, seeks to overturn the ordinance, alleging it violates state law, due process and privacy rights.

This is the latest municipal battle launched by Smith, who is also in litigation with the city of San Bernardino over its cannabis regulations. Smith’s company, Industrial Partners Group, is a real estate development group and long-time advocate for commercial cannabis regulations that owns several industrial properties in Colton.

The lawsuit alleges that Colton’s ordinance violates Prop 64 as well as several provisions of California Business and Professions Code, including the Cartwright and Unfair Practices Acts.

“By issuing only two licenses, officials would create an unfair duopoly,” Smith said. “Colton’s ordinance has no criteria as to how applicants will be selected or rejected, which strongly indicates a give-away to political cronies. Prop 64 expressly prohibits this kind of corrupt king-making.”

According to the League of California Cities article, “What Cities Should Know About Proposition 64, the Adult Use of Marijuana Act,”by Tim Cromartie, “…cities retain the authority to regulate and ban all other cultivation (other than for personal use) and all recreational marijuana businesses.”

Colton Mayor Richard DeLaRosa explained that the city had no obligation to allow for any industrial cultivation, but was keen on the new revenue stream it would generate.

“We wanted to start small, with only two operators with the assumption that we would increase that number in the future if there was a need,” DeLaRosa explained. “Colton is a small city with different zones close together and we wanted to ensure that we implemented the ordinance as responsibly as possible.”

Colton requires cannabis cultivation applicants to undergo a background check. The lawsuit argues that the prerequisite is a violation of privacy rights.

“According to California penal code requiring a background check for anything other than a job or license is a misdemeanor violation of privacy,” the suit contends.

LA Times Article “10 Things You Need to Know About Legalized Pot in California,” by Patrick McGreevy states, “Those who grow, process, transport or sell marijuana must get a state license… Those running shops must undergo a background check to obtain a state license, and they can be denied if they have felony convictions involving violence, fraud, drug trafficking or selling drugs to a minor.”

“The City has proposed a triple-whammy of bad law,” said Smith. “Violating the Constitution, California Code and HIPPA indicates that the City Council does not respect citizens’ rights.”

“I really wish that Ms. Smith would have reached out to me to discuss her concerns before she filed the lawsuit,” DeLaRosa reflected. “We are open to working with any interested parties and cannabis operators to bring forward an ordinance that meets everyone’s needs.”

Prospective cultivators were invited to apply for licenses between March 1 and Apr. 30 of this year – there were no applicants.

There is no official statement from the City at this time while City Attorney Victor Ponto reviews the lawsuit.

Smith and her real estate group have put forth citizen’s initiatives in several cities for the November ballot, including the City of Colton.