This weekend is championship weekend. And, for multiple power 5 teams fighting for their conferences title, this means high stakes action with spots in the college football playoff on the line. I’m here to analyze each game, see what bowl game or playoff implications they may have, and give my predictions on these critical games.

The ACC has had a down year to say the very least, and neither teams in this matchup have any real shot at a playoff spot if they win. However, bowl game implications are at stake. A win for Clemson would secure a New Year’s 6 bowl birth and possibly create a highly anticipated matchup with another big time team like Alabama. As for North Carolina, a NY6 is unlikely, but a win could push them into a bigger game, ideally the Holiday Bowl where they’d have a chance to face one of the five ranked Pac-12 teams. As for the championship game itself, I think Clemson is much more talented and dominant than any ACC school, and North Carolina is different. I have them winning 35-14.

The Big Ten continues to shoot itself in the foot with their divisional system and somehow a 4 loss Purdue team is in the championship game with the 11-0, dominant Wolverines, despite two teams in the other division having a better conference record than the Boilermakers. Either way, here we are. The scenario for Michigan is simple; win and you’re in the college football playoff, most likely as the #2 seed. If they lose, things get more complicated, but they would maybe still have a chance. As for Purdue, a win from them could net them a bowl game vs an SEC school such as LSU, depending on how the rest things pan out this weekend. However, I don’t believe Purdue will get that win. Michigan will win behind a monster night from the running game 48-7 to punch their ticket to the college football playoff.

This championship game is shaping up to be a great one. TCU comes in undefeated and just one win away from a college football playoff birth. However, make no mistake, Kansas State can beat them and will show up ready to win. The Horned Frogs all season have had fans just waiting for them to finally lose a close one, and it will happen here. Fighting for a key NY6 bowl birth, Kansas State will use 1,200 yard rusher RB Deuce Vaughn to power through TCU and pull off the upset, 27-24. TCU, meanwhile, will lose their playoff spot, and have to settle for a NY6 bowl game. This upset will flip the playoffs on its head.

USC is in the same boat as Michigan and TCU; win and you’re in the playoffs. Losses from both Ohio State and LSU last weekend set USC up in a perfect spot to make their first playoff appearance in the CFP era. However, their opponent is their only loss this season, Utah. Utah beat the Trojans on a last second two point conversion, and are probably the only reason USC hasn’t already clinched a playoff spot. Utah does have a lot to play for, as a title win would secure their spot in the granddaddy of them all, the Rose Bowl. The question is; what defense will get enough stops? Both offenses are among the best in all of college football, as we saw in their first meeting. The answer to that question I believe, is USC. The Trojans offense continues to breeze through everybody and secures a playoff spot for USC in another high scoring 45-35 win.

After a stunning loss to a 5 win Texas A&M team, LSU’s playoff hopes have vanished in an instant. But they now have a chance to play spoiler and earn a big time bowl game birth with a win vs Georgia. The undefeated Bulldogs are one win away from an undefeated regular season and #1 overall seed in the playoffs. And, after seeing LSU’s performance last week, I see no scenario where the Tigers can win, even with the pressure of a possible playoff birth off their shoulders. Georgia will dominate and stop LSU QB Jayden Daniels from scrambling and creating plays outside of the pocket. The offense will dominate a shaky Tiger defense, and UGA will secure their playoff birth in a 31 to 14 victory.

There it is, the title games for the power 5 conferences. Should chaos ensue in any of the games minus the ACC championship, the college football playoff bracket could be heavily altered, and teams on the outside looking in without a game this weekend could benefit. Power 5 Championship weekend starts Friday, December 2nd, as USC looks to punch their ticket first and get revenge at 8 EST in Vegas vs Utah. 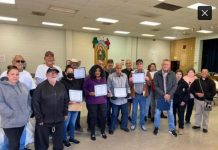 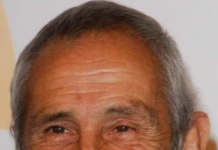