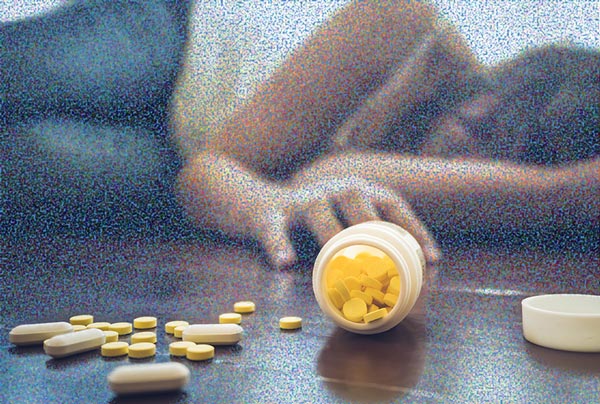 By Marcel Gemme, a Drug and Alcohol Treatment Specialist, DATS, who has been helping people struggling with substance abuse for over 20 years. His primary focus is threefold: education, prevention, and rehabilitation

One of the biggest problems California currently faces is the drug overdose epidemic. The state has been among the worst in the nation for addiction, and the rise of fentanyl combined with the stress and isolation of the Covid-19 pandemic has been a recipe for disaster. But an unexpected corollary of this deadly trend has been the growing problem of teen suicide and its connection to substance abuse.

According to SAMHSA, substance use is a significant factor linked to many suicides and suicide attempts. Suicide is also one of the leading causes of death among people who misuse alcohol and drugs. And where we see high rates of substance abuse or drug overdoses, we often find similarly high instances of suicide and suicidal ideation. So, it’s become quite clear that there’s a strong connection between suicide and addiction, with one fostering the other.

A growing number of youths in California experience mental illnesses and substance use disorder. The incidence of major depressive episodes in adolescents has increased over the last several years, along with the national alcohol and drug use rate. As many as 60% to 75% of adolescents with substance use disorders have a co-occurring mental illness.

According to Addicted.org, before the Covid-19 pandemic, rates of depression were steadily increasing among teens in California. One in eight teens reported a major depressive episode in 2014–2015, increasing from one in eleven teens in 2011–2012. And two-thirds of adolescents with major depressive episodes in California do get treatment. But perhaps the most startling pre-pandemic statistic comes from 2015, when one in nine high school-aged females in the state attempted suicide.

Recently, the Covid-19 pandemic has worsened the problem, leading to more drug overdose deaths than the US had ever seen annually. Every state has seen a worsening of the drug crisis, including California, which saw more than 10,000 reported drug overdose deaths from 2020 to 2021, an increase of more than 18% from the previous year.  And we can expect to find more teen suicides where we see these spikes in drug overdoses.  For example, experts recently sounded the alarm about a disturbing increase in depression and suicide among black youth in California, where data shows that the suicide rate of black adolescents has doubled since 2014.

The worsening of mental health among adolescents has been inextricably tied to the pandemic, as has a worsening of the American drug crisis. These trends were already in place, but the pandemic accelerated them. The issue of youth suicide has become so dire that a group of the country’s pediatricians recently made an emergency declaration after observing an alarming increase in instances of Emergency Department visits for all mental health emergencies, including suspected suicide attempts.

The pandemic is taking a toll on children’s mental health.  And in states with a serious drug problem, like California, youth are turning to substances and suicide to cope. It’s time we tackle these issues with the same tenacity that we used to fight Covid-19. After all, they are the fallout.

*Views expressed herein do not necessarily reflect those of IECN.