The Colton City Council moved a discussion to reduce the number of representatives from seven to five members for March 20 to accommodate the schedules of other councilmembers.

Reducing the size of the Council has been discussed in recent times but has been rejected by members that believe current representation is going well for the city.

Councilman Dr. Luis Gonzalez said he pulled the item from the agenda Tuesday because Mayor Richard DeLaRosa was absent during the meeting. DeLaRosa said they weren’t supposed to “pull the item because they had enough support to push it through.”

Efforts to reduce the size of the City Council were revitalized last year when a group of residents decided to walk the streets to gather signatures in hopes of getting the measure on the ballot for an election. Supporters claim Colton could be saving thousands of dollars by eliminating two council position

Measure D, which has allowed the City Council to transfer about 18.9 percent of Electric Utility Funds into the general budget, may not be an option in future years. To avoid fiscal disaster, the city must find ways to save explained Park Commissioner Mark Garcia.

“We just don’t have enough money right now,” he said. “I just feel that the more we could save, the better off we will be. Anything you can save at this point is a gain.”

At least two councilmembers have expressed their disapproval of the idea to reduce the Council. Isaac Suchil told IECN last May that some nearby cities may have less representation, but pay more for salaries and other items. For example, Suchil said, Rialto has five councilmembers at an yearly cost of $208,304. Colton last year paid their Council approximately $184,000.

“It’s not the matter of how many people we have,” Suchil said. “The bottom line is our residents are getting excellent representation with the current status at a cheaper rate. Which brings me to one question: Is this really about money? Or is it politically driven? Do they want to get rid of two council people that people don’t agree with. If that’s the case, it’s not a good reason.” 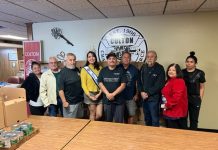 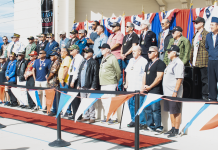