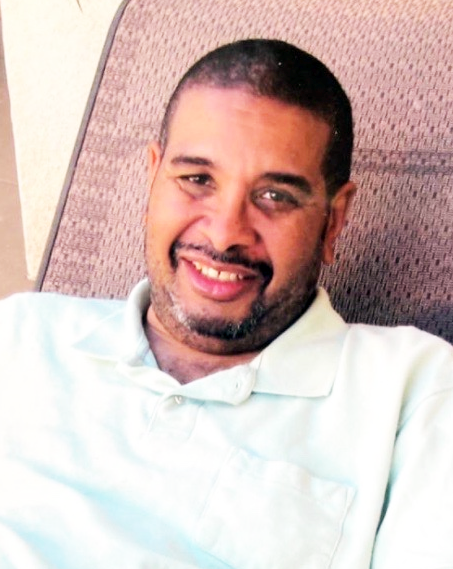 Earl Tillman Jr. passed away on March 27th, 2022 at the age of 64, with his phenomenal wife, best friend, soulmate and full-time caregiver by his side.

Earl was the oldest of five, born to Earl Tillman Sr. and Ruby Tillman on May 14th, 1957 in Sumter, South Carolina.

He was a native of San Bernardino and graduated from San Bernardino High School in 1975. There he was the top debater on his debate team, played tennis and football, and jammed on the trombone in the marching band. From there he worked at Sears while attending San Bernardino Valley Community College. After receiving his Associate’s degree, Earl furthered his education at California State University, Northridge where he received his Bachelor of Arts degree in Radio TV & Film. While attending California State Northridge, he crossed the burning sands as a charter member of the Kappa Alpha Chapter of Phi Beta Sigma Fraternity Inc. on January 21st, 1978 at 1:01 am. Shortly after he met his bae, the love of his life, Nancy Galloway.

Earl and Nancy wed on June 12th, 1982 in Compton, CA at Saint Albert the Great Catholic Church. The love birds were together for nearly 40 years and with this union, they had three children Lauren, Ryan and Erin. Earl was an amazing father, husband and role model. He enjoyed spending time with his family on vacations, sporting events, community activities, family gatherings and being front row at all his kids’ events.

Earl worked for Rialto Unified School District for 25+ years, he enjoyed working with his colleagues and mentoring students. He was also involved in local government, where he served on the Rialto Planning Commission, West Valley Water District, and many other community organizations.

Earl loved playing golf, working on cars, listening to music, joking around, hanging with his friends, finding the best deals, and talking trash. He was a pillar of the community and will be extremely missed.