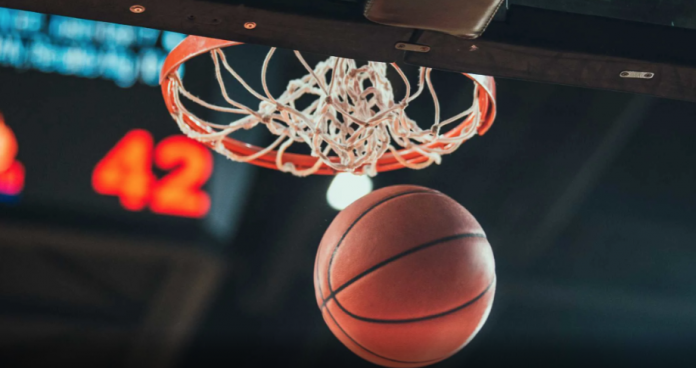 It’s back. The NBA Finals have finally arrived after a long journey through the first three rounds of the playoffs. The matchup features a core that has been to this star plenty of times in the Golden State Warriors going up against a team led by first time finalists looking to raise an NBA record banner number 18 to the rafters in the Boston Celtics. With the matchup set, let’s dive in to my game by game predictions and see who I have coming out on top.

Game 1. The first NBA Finals game played at the Warriors new arena. The Warriors are back in the finals after missing out the previous 2 years. They will have a multiple day reset advantage on the Celtics, who are coming off playing a down to the wire Game 7 in the Eastern Conference Finals against the Miami Heat. The Warriors will be hyped, and the Celtics will come out slow. I see Jordan Poole having a big game 1 as he helps give the Warriors a convincing win, 116-98.

Now, Game 2. The Celtics to this point have not lost 2 games in a row in the playoffs, and I think that will continue to stay true. Jayson Tatum and Jaylen Brown both plays like the stars they are, as the Celtics knot the series at 1-1 with a 108-102 win, and set themselves up for a possible taking of the series lead in Boston.

Game number 3. Boston gets to see its first NBA finals since 2010. The atmosphere will be electric but, if there’s any team that can handle the pressure, it’s the Golden State Warriors. In this game, the Warriors develop an improved defensive scheme that dares Marcus Smart and Derrick White to beat them with 3’s. It works, the offense does its thing, and the Warriors take game 3 by a score of 105-95.

This leads to a near do or die game four for the Celtics, because surely this Warrior core would never choke a 3-1 lead in the NBA Finals (wink wink). Derrick White is finally able to hit his open 3’s and expose the Warriors scheme that worked so well in game 3. Jayson Tatum is able to close out the game successfully, and Boston continues to avoid losing 2 in a row, taking this one 117-106

It is now 2-2. We are back in the Bay Area. Ladies and gentlemen, this is the Stephen Curry legacy game. All the talk about Steph having no Finals MVP and needing Kevin Durant to win championships consistently will be hushed for the night. Curry drops an all time performance, scoring over 40 points and leading the Warriors to a big win, 123-103.

Game 6. 3-2. One win away from the Warriors successfully reestablishing their dynasty in the NBA on the leagues 75th anniversary. And we are going to once again be introduced to Game 6 Klay. Klay Thompson goes off, scoring 30 points draining 3 after 3 carrying the Warriors to a close late game situation with under 2 minutes to go. The Warriors, as they will have been doing all series long, force Marcus Smart to hit the big shots. He will fail. Curry and Thompson both hit the clutch shots the Warriors need and they are crowned champions, winning 99-96. They’ve done it. They lost KD, they lost Klay for multiple Asians, and Curry for one. But they came back, reloaded, and now will sit atop the NBA throne once again. And, to top it all off, the face of the franchise, Stephen Curry, will finally win his first finals MVP award to add to an already legendary resume.

There you have it, my prediction for the 2022 NBA Finals. This series will surely be entertaining as 2 of the best defenses face off, while also having some serious scoring stat power. The NBA Finals begin Thursday, June 2nd with Game 1, and could last all the way up to June 19 if a Game 7 occurs. All games can be watched on either ABC or YouTube TV.