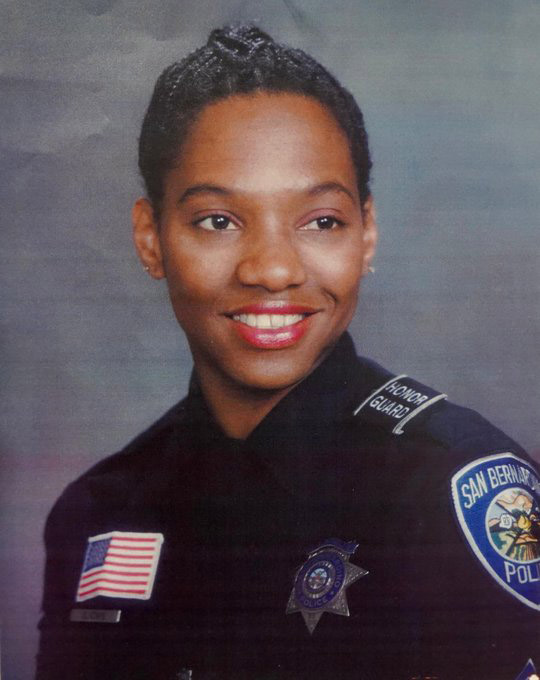 The San Bernardino Police Historical Society will be unveiling its newest addition to the Police Department Museum on Tuesday, November 22 at 6PM, with an exhibit recognizing retired police officer Sherri Adams, San Bernardino’s first African American female police officer. The public is encouraged to attend.
The Police Department Museum is located inside the City’s main police station at 710 North D Street.
Adams joined the San Bernardino Police Department in 1985. Due to her youthful appearance, upon graduation from the San Bernardino County Sheriff’s Academy, she was assigned to work in San Bernardino City schools as an undercover, officer working narcotics cases. During her six months in this assignment, her work directly led to many arrests.
Over her career, Adams worked assignments in patrol, narcotics, bicycle mounted enforcement team (BMET), and was a part of the Drug Abuse Resistance Education (DARE) team. She also worked as a background investigator in the Personnel and Training Unit.

Adams received numerous awards and commendations, including Narcotics Unit Citation, Chief’s Commendation for her participation on the Honor Guard detail, and DARE Unit Citation. Officer Adams was nominated for the Woman of Achievement award twice and was also nominated for Officer of the Year in 1995.

Officer Adams retired from the San Bernardino Police Department in February 2001 after sixteen years of service to the Department.