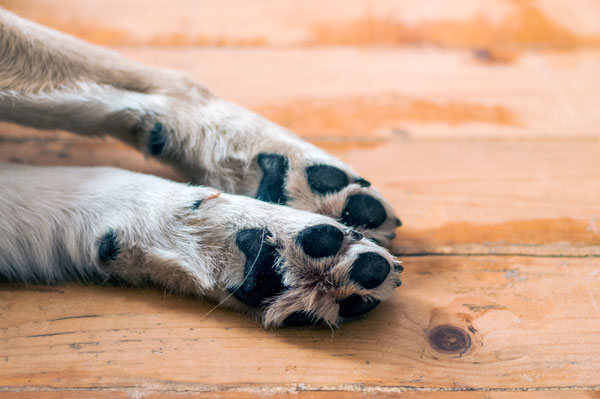 Stella and I recently attended the Redlands United Church of Christ where the emphasis was, “The Blessing of the Animals.” The sermon was based on Genesis 1:26. It was interesting and I learned several things that I’d never heard before. Many thanks to Dr. Jill Kirchner-Rose for considerable information.

After God created the mountains, oceans, plants and trees, birds, fish and animals of the field the Bible states God said, “let us make humankind in our own image.” The question is, who were the “us” and “our,” since humans had not been created?

One interpretation is the Trinity answers the “us” statement. What Dr. Jill Kirchner-Rose said yesterday, was that God asked the animals about mankind. Now, a diversion. Dr. Richard Colling is a famous microbiologist, and in his book, “Random Designer,” he affirms there is very little difference between animals and humans.

Muscle tissue and bones are remarkably similar. Major organs like the heart, liver, spleen, pancreas, lungs, kidneys, stomach are amazingly alike. Whales and humans are also very similar in their anatomies. Whales give birth, breast feed, have vertebrae, breathing systems and sing to one another. The sperm whale has a brain the size of a V-W car.

I’m particularly fond of bonobos and gorillas. They have traits almost identical to humans. They mate with one of their species, they care for their young and nurse them and guide them in their habits and behaviors.

Back to Dr. Jill. I agree with her liberal view that the “us” and “our” refers to God and the animals. In the book, “How Did the Animals Help God,” by N. Swartz, includes the following observations.

ONE AFTER ANOTHER, ALL THE ANIMALS SHARED THEIR IDEAS OF WHAT PEOPLE SHOULD BE LIKE.
“Let them swim,” said the fish. “Let them sing,” said the lark. “Make them playful,” laughed the dolphin. “With good appetites,” gulped the shark.
Then the Bible says, more or less, “Then God thanked all of creation for their gifts and wise words. And in the image of God and in the image of nature, God created the animals. And God saw that they were very good.”

I would add three more animals. “Let them be friendly and compassionate pleaded the puppies. “Make them cuddly,” purred the kittens. “Make them wise,” said the owls.
A few years ago, when I was in graduate school and taking an advanced
class in counseling; we were assigned the task of developing a system of therapy.
One person developed what he called “One-Minute Therapy.” He had three stages: 1. What’s your problem, 2. What are you going to do about it, and 3. Here are my suggestions.

In pursuit of the items in this article, I remember the system one of the students suggested. Each client was to identify with their favorite animal. Aggressive/bear, strong/elephant; freedom/eagle etc. The clients were to describe their personal traits and habits. I recall no one chose a cow-to be butchered for steaks.
The oneness that humans have with certain animals is applicable to what countries we identify with. We often focus on our differences, but all races have more in common than differences.

All people on earth love freedom. Slavery is unacceptable. We want to think for ourselves. That is one of the great benefits of our country. It is the essence of our Constitution.

We want a family. Togetherness is a basic hunger. Along with meaningful employment. To learn, to worship, to love, to choose, to plan and to be. Whatever else we are for, the basic one is the first one, FREEDOM

One further thought. Two scenes we will never forget. A tiny child-about 3 years old, holding a leash of a large Doberman. She said, “sit”-and it sat. The other was a large man – my size – with a small Teacup Poodle in his hand. Unforgettable.
Amen. Selah. So be it.